9: Word of the Father

I am fascinated by the four Gospels. I love that each of them highlights the story of Jesus in their own perfect way. My favorite rendering of the birth of Christ is Luke’s, but my favorite Gospel is John. John doesn’t contain the birth story, necessarily, but it does give an account of Christ coming–not as an infant–but as the Word of God, as the Christmas hymn says, “word of the Father, now in flesh appearing”. I once wrote a paper in undergrad on the first four verses of John, it was a 15 page paper and it didn’t even scratch the surface. Those first four verses of the Christologically-rich gospel make huge statements about Jesus, they establish his place in the trinity, and his existence before time began, thus claiming that Jesus Christ was, without a doubt, God in flesh. The magnitude of that is beyond writing, or even completely grasping. God in flesh. The creator of the universe here with us. Take a look around, our world, as broken as it is, it really is beautiful, from the minute details of our own cells to the grandeur of the universe we can’t even reach the end of, God’s creation is creative, poetic, beautiful. We can’t even recreate the colors God has created, and all that came into existence by his Word. God spoke, and there it was, a world, nothing existed and then everything. God needed nothing but himself to create it, his Word. And what did he send to save? His Word. He created with his Word, he rescued his creation with his Word. There is no doubt John was referencing creation in his introduction, read the first four verses of Genesis and then the first four verses of John, he matches the poetic wording, further emphasizing that not only was Jesus there at the beginning, he was the Creator, and in coming in flesh, he is renewing his creation. That infant was God, born to save.

14
And the Word became flesh, and dwelt among us, and we saw His glory, glory as the only begotten from the Father, full of grace and truth. 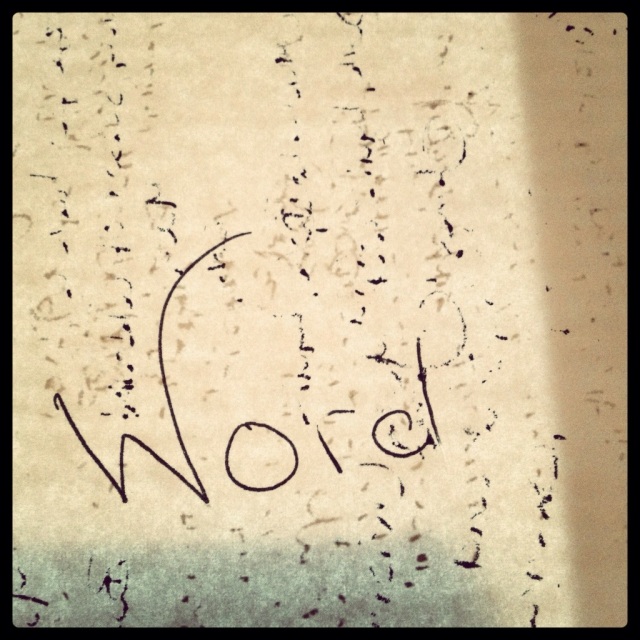